This is one of my worst nightmares when I was younger. I used to have this dream quite often, but after a while it stopped. I’m not too sure what the dream stands for, I’ll probably figure it out one day. It’s one of these dreams that’s really hard to explain. I decided to make it into a short story to make it easier. I don’t know why I had it, but it was very unpleasant. I’ve had many strange interesting dreams which are all worth sharing and writing down. So look out for another one! I’ve always been fascinated by this dream even though it’s quite barbaric. Maybe it’s because I haven’t figured it out yet. When I say that I used to have this dream quite often I mean that I would have periods with a certain amount of time, like 1 week, 2 weeks or maybe even a month. And then it would go away and come back. Like I said, it’s very hard to explain, but I think I’ve done it quite well. I would like to hear your point of views on the dream. Why you think it stopped or why you think it continued for so long etc. Basically your feedback.

The Rope. My nightmare.

I slowly opened my eyes, noticing the unfortunate darkness. I’m breathing particularly slow. A thick layer of silence consumes the area. Wanting to move, but have no way to do so. An uncomfortable feeling gets me confused. The room was dark, or at least what I thought was a room. Only a little bit of light makes its way through a small opening in the wall. I couldn’t see if it was a window or a crack. Right in front of me lies a thick rope. Still no sound. It feels like hours have gone by. Suddenly, the rope starts to move. Within a blink of an eye, it wraps around me, tangling me into a knot. It all happens so fast, but at the same time extremely slow. I’m tangled up, feeling completely captured, I can’t even breathe now. Then, it reverses. It goes back the exact same way as it did when it tangled me. The rope is now in the same position, lying right in front of me as it did before. The same thing happens over and over again. It confuses my mind, gets me dizzy, overwhelmed, frightened, and the list goes on. It feels like this event never ends. It never stops. Finally, I sit up. My body is shaking, it’s like I just experienced something totally horrific. It takes me a moment or two to fully realize that it was just a nightmare. I lay back down in bed. Hugging my pillow tight, hoping that I’ll just go back to sleep again. 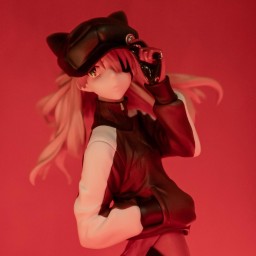